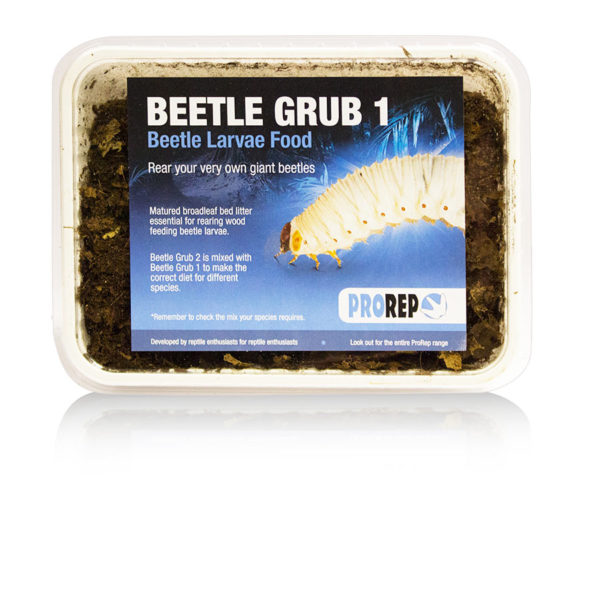 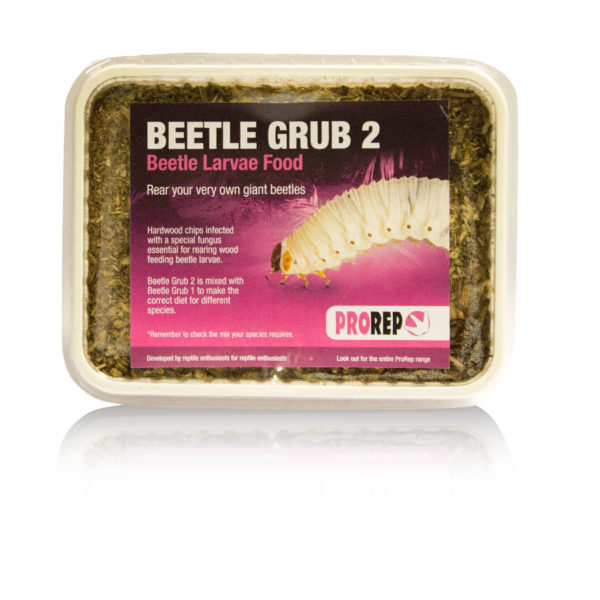 Rear your very own Giant Beetles.

Beetle larvae need very specific food in order to survive. Most important to them is the presence of “white fungus”, a special fungus that converts undigestible cellulose and lignin into fungus which the beetle larvae can then eat. ProRep Beetle larvae food are specially prepared and are infected with the fungus.

Beetle Grub A is made up of prepared, mature broad leaf tree leaf litter and Beetle Grub B consist of hardwood chips infected with the white fungus and allowed to mature. The two types are mixed together in different proprtions depending on the species of beetle being reared.